Travelling around the world without leaving the classroom is possible and fun!

Read the opinion of our students about their English learning experience at Central University. 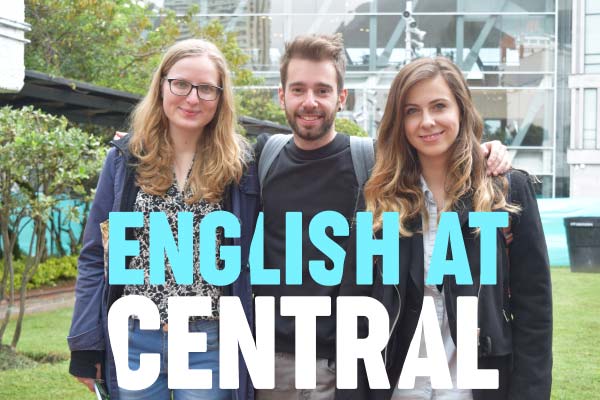 We asked our engineering students, who currently attend the Culture and Foreign Language class offered by the Language Department of Central University, to give us their opinions on the course and here is what we obtained:

Culture and Foreign Language: an exploration of alternative ways of living and a way to improve our country.

This class has been a total experience, you can start with the USA, a country that is a mixture of Mexican, French, and English people; a war against slavery between the south and the north, the liberation from the United Kingdom, which has three nations in his Union Jack except for Wales, the same kingdom that consumes the greatest quantities of tea in all over the world, and that can also fund itself with 1% of the resources from the earth and whose people have a kind of super power which enable them to resist the cold and lower temperatures. You could also find examples of experiences of other countries that can be useful to our own country: we don’t need war, it has been a fact since the start of our civilization and the arrival of the Spanish which led to many other things.

The course also allows you to learn about other places that would be a good option to live in, like Canada, a country that was tired of the war, but it is still friends with the UK, despite of what happened in the past. It also informs that Australia is part of the “Terra Australis Incognita”, a fictional land that was rumored to be in that country, a land where indigenous communities heavily connected to nature dwell.

The history is an important part of the course, certainly, but it is not the only thing offered in this class, we can also explore some of the work of artists like John Newton, who used to be a slave trader but then wrote “Amazing Grace” when he was between life and death, not giving the credit to the native slaves who made the melody, or Henry Purcell, who brought the baroque style back to life in a time when it was outdated and almost forgotten, or Leonard Cohen who wrote his famous “Hallelujah” in a very persuading way to, somehow, express himself despite of being part of a religious community.

Of course, this is just a short summary of what I have learnt in all these months of class, it is not as boring or monotonous as someone could expect. Being sincere, this class showed to me another way of living, of course all the nations mentioned have committed mistakes, but the important part is that we must replicate the best, and not the worst, to contribute to the growth of our country.

What I found useful from this class is that we can learn from the foreign countries to improve every day. If no nation provides a good example of welfare to the world, why do not we start working to become a role model?

Unbelievable, I never expected it!

What can you expect from a class that is fully taught in English, whose name is “Culture and Foreign Language”? Maybe to learn some English, get to know new people or start thinking of the possibility of studying a new university degree. Well, those were the questions I had five months ago, when I was not the open-minded person I am now.

So, where have I been to during these few months? I have been traveling around the globe while sitting in a classroom. Expecting so little, I have found part of myself in this class, even form the very beginning of the semester! My knowledge about culture has been on a trip around different countries I had never known before. Every single class is a ticket for a different location, it is a journey where the music, the art, the technology, the language, the people and the history of a country are waiting for me to explore and become part of that journey.

Now I know my world is so small compared to what I have been shown in these 4 months, I’ll explore the whole world looking for no limits for I am the owner of my journey.

You do not need to travel long distances to make your dreams come true!

Culture and Foreign Language class has made a great contribution to engineering. It is not a typical English class, it is a time to learn about the culture, facts and phenomena that have affected the world and the concepts that have been implemented and linked to geography, geology, ecology, agriculture and engineering throughout time.

During the class, we talk about many things that approach culture, such as music, ancient cultural groups and their contribution to a nation’s culture, literature and gastronomy. It is fascinating how you can learn so many things in just two hours a week; it is really something exceptional to get out of the ordinary, to leave behind the idea that the United States is the only great powerful country and to learn the history of the economy, politics, demography and geology and culture of different English-speaking countries.

Many of us watch series, movies and listen to music, but there are few times in which we ask ourselves about where the film was made, what place inspired the scriptwriters to create a series, or the feelings and facts that and author was based on to write a book; we also ignore where the essence or passion of a singer comes from, how a civilization was formed, the beliefs of the inhabitants in different civilizations and how these traditions are currently seen in the world. We have also seldom wondered about how so many buildings arose, what the process to reach the current engineering based on the age of stone was, and how the updates in the construction techniques of the modern world have become what they are now. Some of the answers to these questions have been given in the Culture and Foreign Language class.

Many of us have dreams, and a large part of the population thinks that to meet them we must go to certain places, but the reality is that everyone can make their dreams come true by knocking on the doors of different fields. You do not need to travel long distances to make your dreams real. If you are good at what you like and what you do, you will find great opportunities, whether in Colombia, the United States, New Zealand, Australia or China, anywhere! In this class, we study some characteristics of each state and city of The United States, we approach other countries such as Australia and New Zealand, and tackle ideals of what we want to be in the future and about the places, we would like to visit in order to foster our academic growth. This planet is massive and there is a lot to choose!

Knowledge and surprises are not just in one place. Explore, search, fill yourself with culture and take advantage of the 510.1 million km² and 4.543 billion years that the planet has been around to learn and contribute with your knowledge.

As Aurelio Agustín Hipona said "The world is a book, and those who do not travel read only a page". With Culture and Foreign Language classes, you will travel around the world without leaving Bogotá and confirm that Central University contributes to the overall education of future competent engineers. Is there a better experience than that? 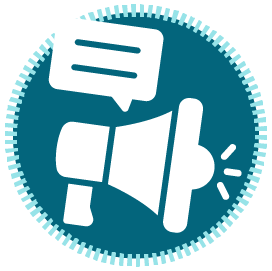 Curious? Do not forget to join the courses that the Language Department offers. Not only will you find a space to test and improve your English, you will also learn that your contribution to the growth of the world is fundamental and that you can help us make this planet a better place. Click here for further information